The sewage collection system and treatment facilities for Englewood and Littleton cities developed separately but in a similar manner. The collection system follows the natural drainage pattern in the area that leads to the South Platte River. The overall service area includes both cities’ own collection systems and systems built and maintained by 19 connector districts. 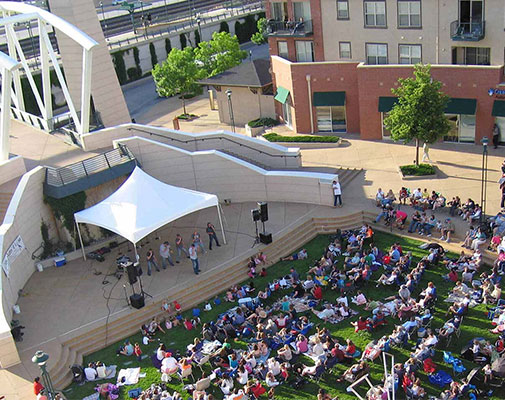 In the early 1950s, the Englewood Wastewater Treatment Plant was built at Santa Fe and Bates Avenue. The plant treated sewage from the Englewood service area and discharged treated effluent to the river. The treatment process was a very simple trickling filter plant — headworks, primary clarifier, trickling filters, secondary clarifier, anaerobic digesters, and support facilities. Between the original construction and 1971, the plant was expanded several times. 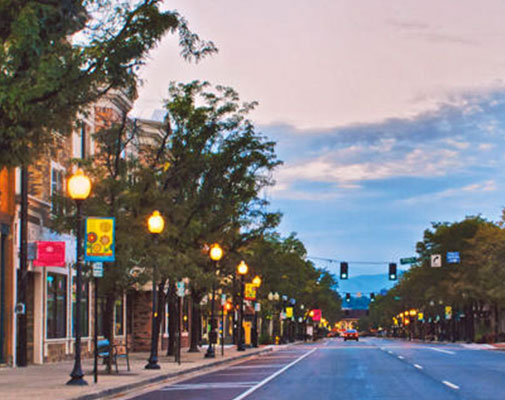 In 1972, the Clean Water Act was passed by Congress. The Act required all waters of the United States to be fishable and swimmable. Improving the treatment of sewage was identified as a primary mechanism to achieve these goals. The Act required a minimum treatment efficiency of 85% removal. Neither the Englewood nor the Littleton treatment plants could achieve this level of treatment.

Both plants needed upgrades to meet the new regulations; however, the newly formed Environmental Protection Agency (EPA) preferred to combine treatment needs at one larger facility rather than spend the money to improve two old, smaller facilities. Negotiations and planning for a new regional facility began in 1973. The result of this work was the Littleton and Englewood Regional Joint Use Wastewater Treatment Facility. The Englewood WWTP and the Joint Use Plant were known as the Bi-City Plant.

Since both service areas flowed by gravity to the Englewood WWTP site, the plant was situated at this site. The Joint Use Plant was rated for 20 mgd using a pure oxygen system to support the biological treatment process. The plant was conceived as a modern, computer-controlled facility capable of meeting advanced treatment requirements. The site and physical layout of the plant was to accommodate an ultimate capacity of 50 mgd. The new plant was primarily funded by an EPA grant, a state grant, and local funds. A portion of the funding was for innovative technology. The total cost of the new facility was $22,556,000, including the EPA grant of $13,000,000.  The plant was constructed in the mid-’70s, removing the two older treatment plants from service. The operation of the plant began in April 1977. 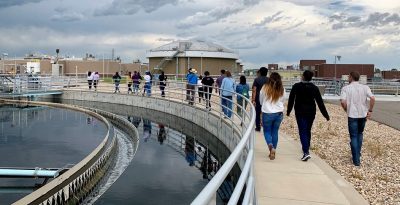 We welcome the opportunity to spend time with you and educate you on our facility and the water renewal process. We have several tour lengths available and can accommodate a range of ages and group sizes. 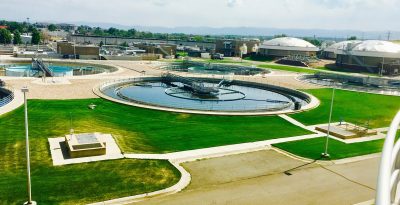 Skilled and motivated staff plan, design, build, operate, maintain and secure the water renewal system that serves over 300,000 customers. This important work not only protects public health and the environment, but also contributes to the vitality of the South Platte River.

Recycling saves landfill space, conserves resources, and cuts down on both energy and water. Each piece of material you recycle makes a positive impact on the environment. Provided are resources for recycling and disposal.